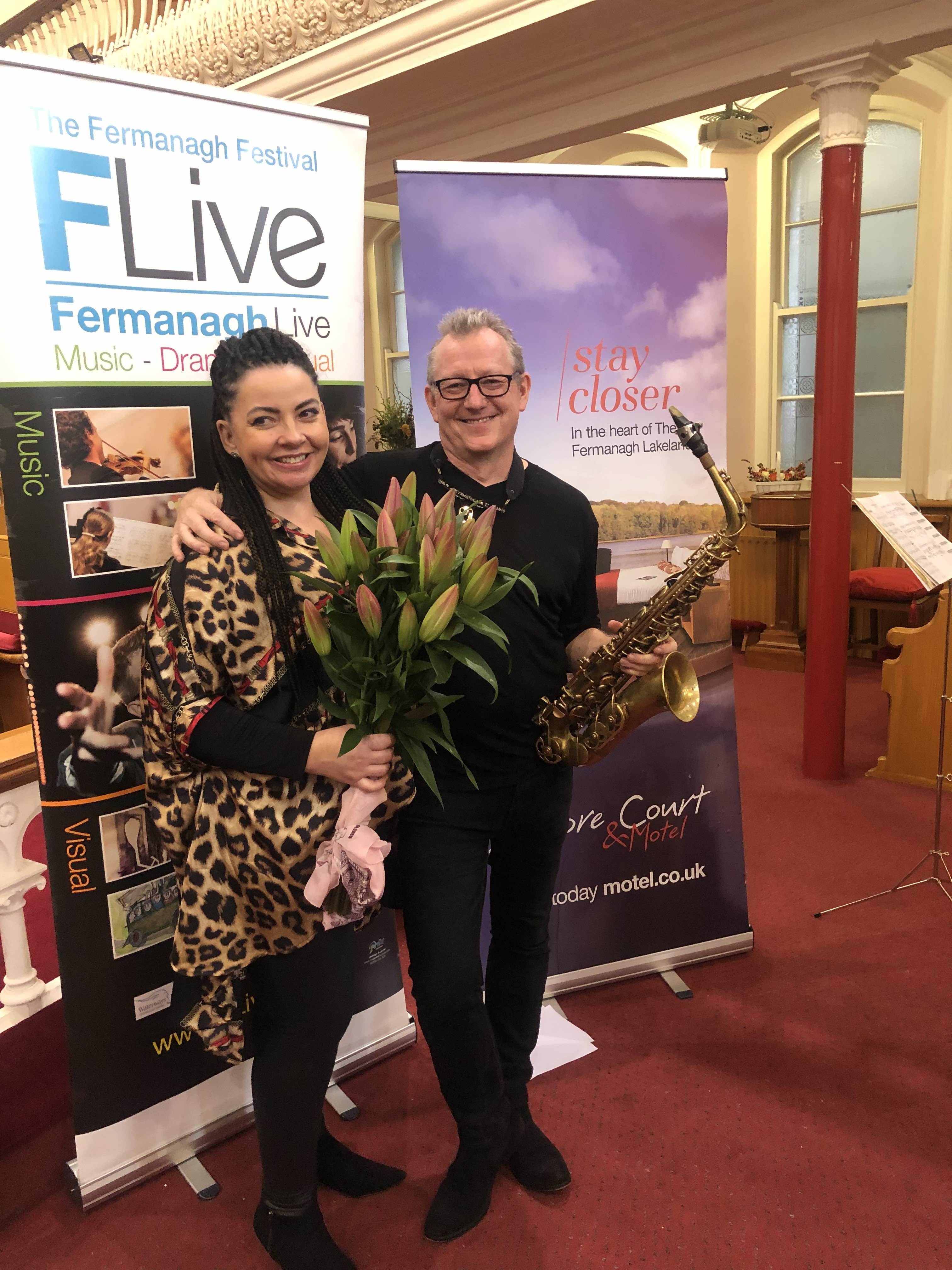 Gerard premiered Jenni Watson's new work 'Distortion' for saxophone and electronics to an enthusiastic audience at the Fermanagh Live Festival in Enniskillen, N.Ireland in October 2022. A local music teacher wrote after 'Gerard McChrystal’s performance of Jennifer Watson’s virtuosic piece ‘Distortions from Adjusting Parameters’ was eagerly received by the Enniskillen audience at the Fermanagh Live Arts Festival in October. They were amazed by the unexpected juxtaposition of the saxophone with the electronic effects. The piece’s wild, syncopated , rhythmically contorted sounds and modernistic characteristics melded to produce a unique work 'which challenged both audience and performers. Gerard’s superb articulation, imaginative delivery and technical wizardry left the audience yearning for more from this young composer. '

The concert was with pianist Ruth McGinley. Gerard memorably performed with Ruth on the BBC at Derry-Londonderry UK City of Culture concert in 2013 in front of 3,500 people. They also played music written for Gerard from Australia and Ireland with the oldest and newest pieces 30 years apart! The concert was delayed by two years due to covid and last year Gerard & Ruth released a video as part of the online festival. 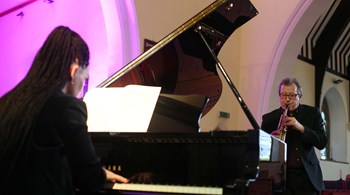 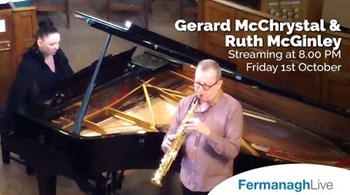